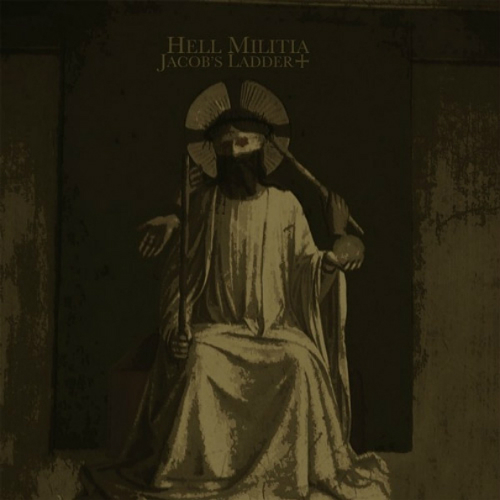 HELL MILITIA are back with a vengeance! Recorded in Germany’s SOS Studio (SECRETS OF THE MOON, ASCENSION), "Jacob’s Ladder" delivers 8 stunning tracks of disturbing French Black Metal. Since its founding in the year 1999 by lead guitarist T. Persecutor, the band has been a rising dark star in the underground scene. Now their third full-length "Jacob’s Ladder" bursts unto the world like a black supernova. The French masterfully achieve a unification of old school values such as a harsh and fierce yet accessible song writing with the new dissonant and ruptured sound which is especially explored in their homeland by bands like DEATHSPELL OMEGA or BLUT AUS NORD. This comes as no surprise as members of HELL MILITIA are also active in bands such as ARKHON INFAUSTUS, SECRETS OF THE MOON or TEMPLE OF BAAL. Taste the extremely bitter universe of HELL MILITIA filled with urban filth!